‘Historic Photographs: No. 1: Liquidation of the Warsaw Ghetto’

Gustav Metzger’s altercations with the Holocaust are amongst his most valued contributions to the art and politics debate. As part of his ‘Historic Photographs’ series, the artist has appropriated a wide variety of documentation substantiating the ever-present reality of the second world war. The viewer is confronted with photographs depicting moments of degradation and humiliation felt by the Jewish community in the build up and abandon of the Holocaust. Metzger’s “mise en scène” is to stage the event of such photography through obstruction.

In the work ‘Historic Photographs: No 1: Liquidation of the Warsaw Ghetto: April 19 – 28 days, 1943’, Metzger has piled bricks and rubble covering half of the photograph with the viewer finding themselves either crawling hands and knees over the image or craning their neck to get a glance into the other. Metzger makes the transition between accessibility and access to knowledge intrinsically difficult on purpose. Not to shelter the viewer from the darkness these glimpses into the past hold, but to strike a cord that what is actually at stake when coming across such reminders is not as simple as mere reminder; that by forcing the viewer into a corner where-by the image needs work to figure out, the actual will and interrogation, the actual understanding of the image becomes one more thorough and thought provoking; that history is often glanced at through pages in books, googled or obtusely scanned and copied from Wikipedia entries, never painstakingly stared at or forced, the photograph a momentary slip between what we think we understand and the attention we give to trying to actually comprehend. 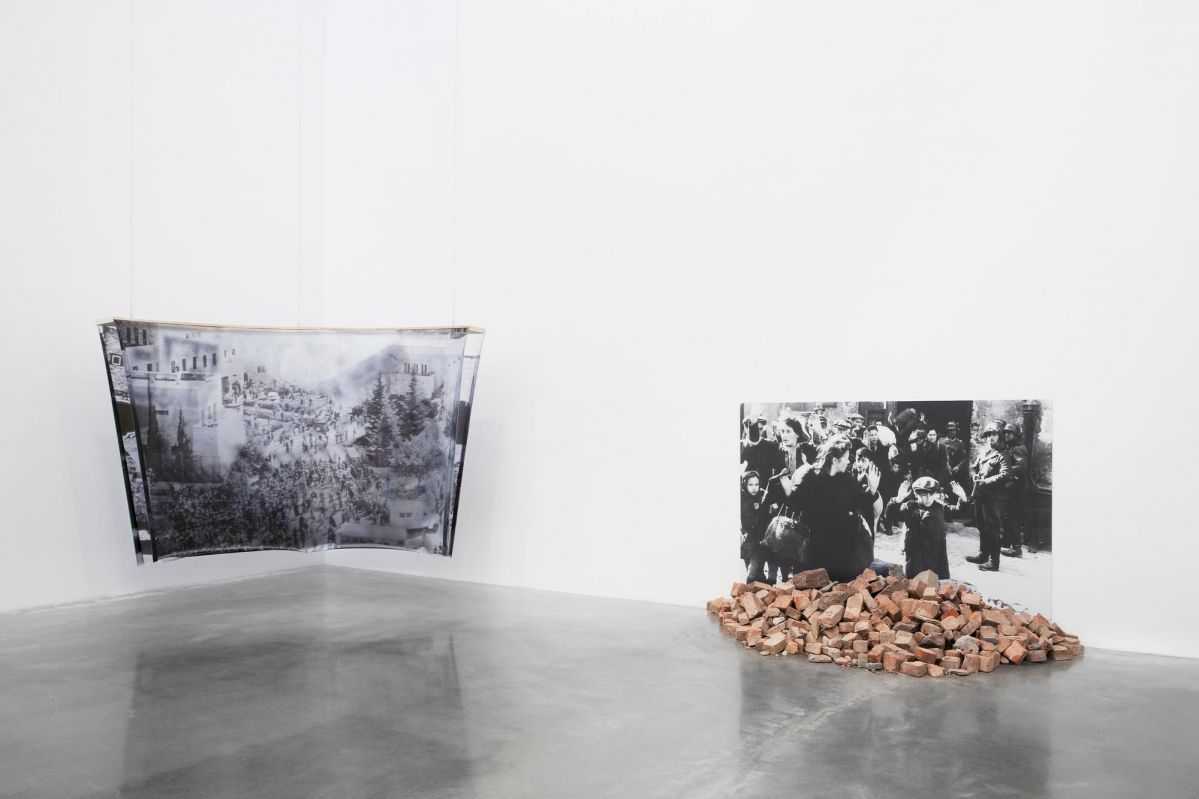 Welcome to our Private Auctions.

Please provide your e-mail address and your individual access code to enter.