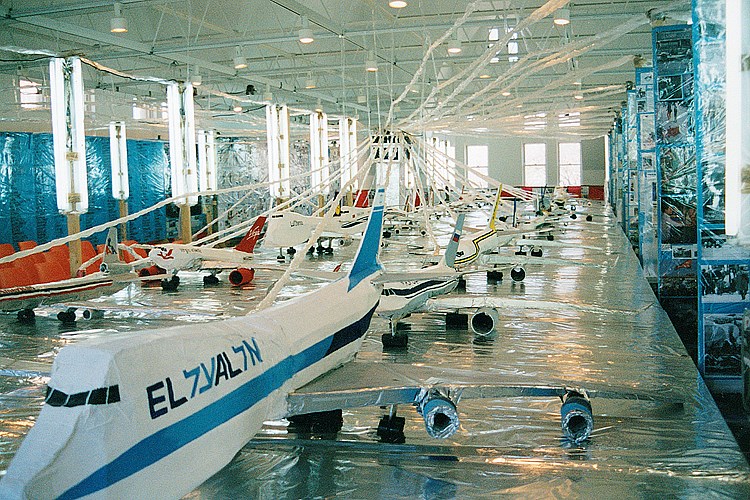 The Group Exhibition “World Airport” will be open to the public on 7 March 2019 at MUDAM Luxembourg – Musée d’Art Moderne Grand-Duc Jean Museum of Contemporary Art.

Produced originally for the 1999 Venice Biennale and presented in 2000 at The Renaissance Society, Chicago, Thomas Hirschhorn’s installation Flugplatz Welt/World Airport occupies at Mudam an entire gallery space. Over an area of more than 400 square meters, the Swiss artist installed an incredible number of objects reminiscent of an airport.

One finds not only the runway, the planes in the colors of various airlines, the control tower, and the typical neon airport lighting: Hirschhorn also adds numerous other elements, such as gigantic silver spoons, altars with known-brand shoes, as well as panels on which a profusion of newspaper cuttings evoking a highly varied range of subjects are displayed. These diverse elements were made of inexpensive materials, one of the hallmarks of his work: foils, maps, cardboard and adhesive tape used in abundance, completed with utilitarian objects such as chairs, suitcases and screens.