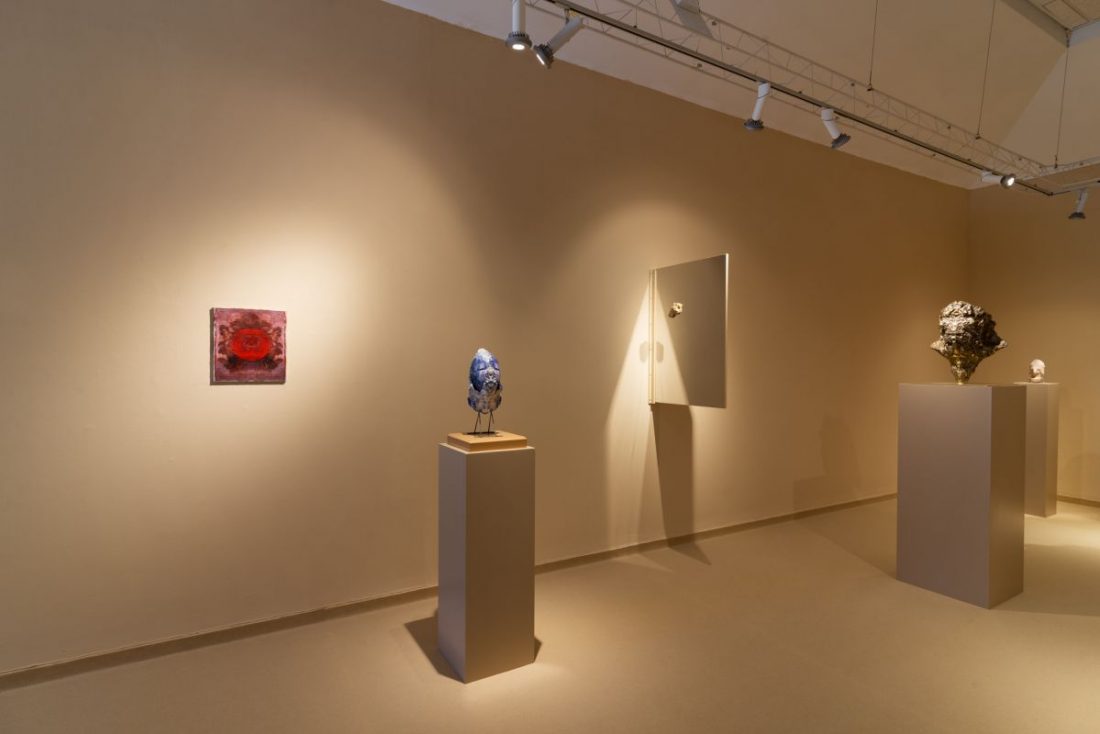 Dor Guez produces photography and video installations that explore the relationship between art, narrative, and memory, interrogating personal and official accounts of the past. His practice raises questions about contemporary art’s role in narrating unwritten histories and re-contextualizing visual and written documents. Dor Guez was born into a Palestinian and Tunisian-Jewish family in Jerusalem, and now lives and works in Jaffa. Guez received his Ph.D. from Tel Aviv University in 2014 and earned his professorship from Bezalel Academy of the Arts and Design in 2019. He is the Head of the MFA Program at Bezalel, the founder of the CPA (Christian-Palestinian Archive), The chief curator of the Bezalel Gallery of Contemporary Art, and the director of Seaport: Mediterranean Curatorial Residency Program.

Dor Guez, Lilies of the field 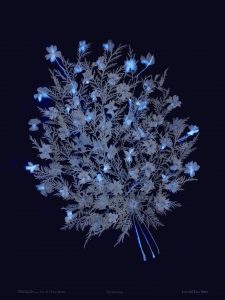 Dor Guez’s ‘Lilies of the Field’ is a series of luminous prints of pressed floral arrangements drawn from a flower album that the artist discovered at the American Colony archive in Jerusalem. Composed of dried petals and plants preserved between layers of silk papers for over a century, the flower album represents objects that were offered as souvenirs to European and American tourists visiting the holy land in the late 19th and early 20th centuries. This idyllic book of nature reflects the manner in which nature was organised for Western eyes — mapping Jerusalem, not as it existed but rather as a mythical place for Christians, Jews and Muslims, informed by romantic and orientalist views of the old city which often coincided with biblical sites and narratives. The title of the series, Lilies of the Field, draws attention to the replacement of botanical names with biblical references within the album. 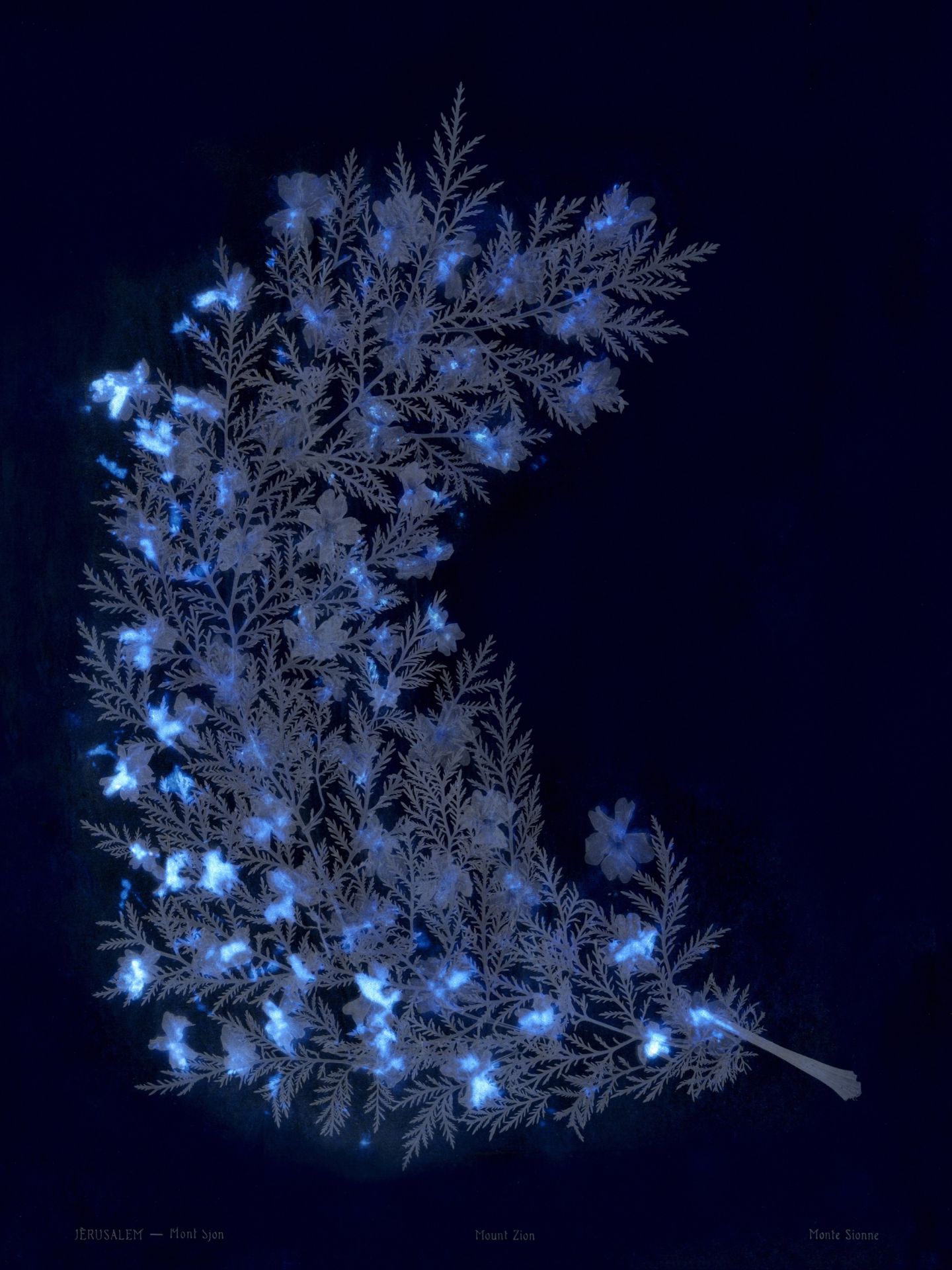 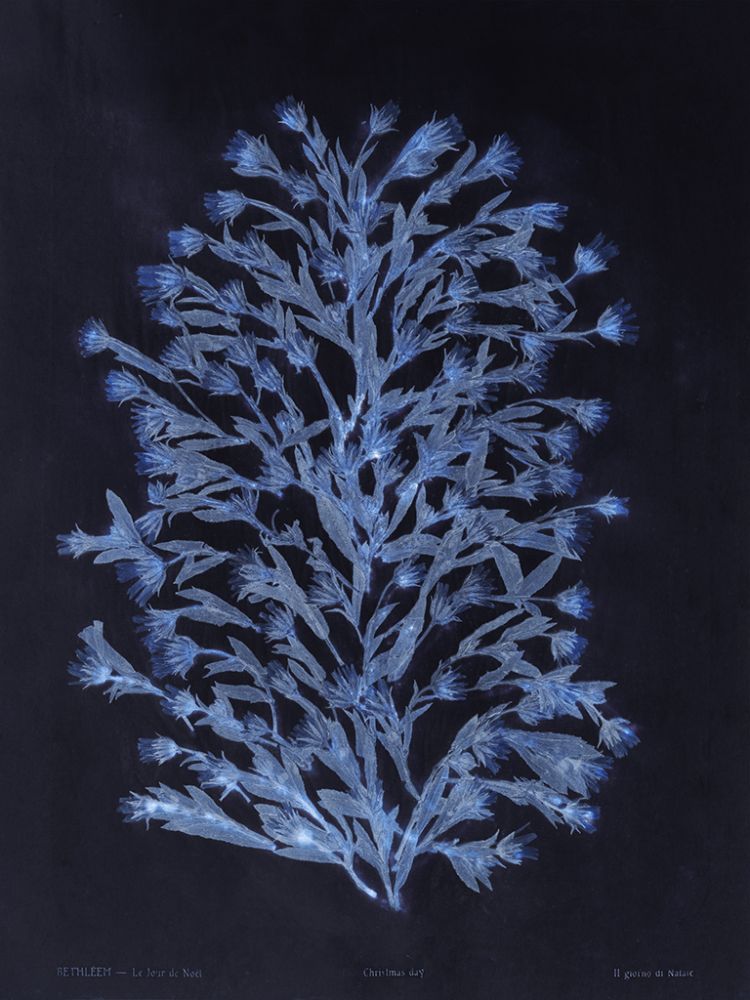 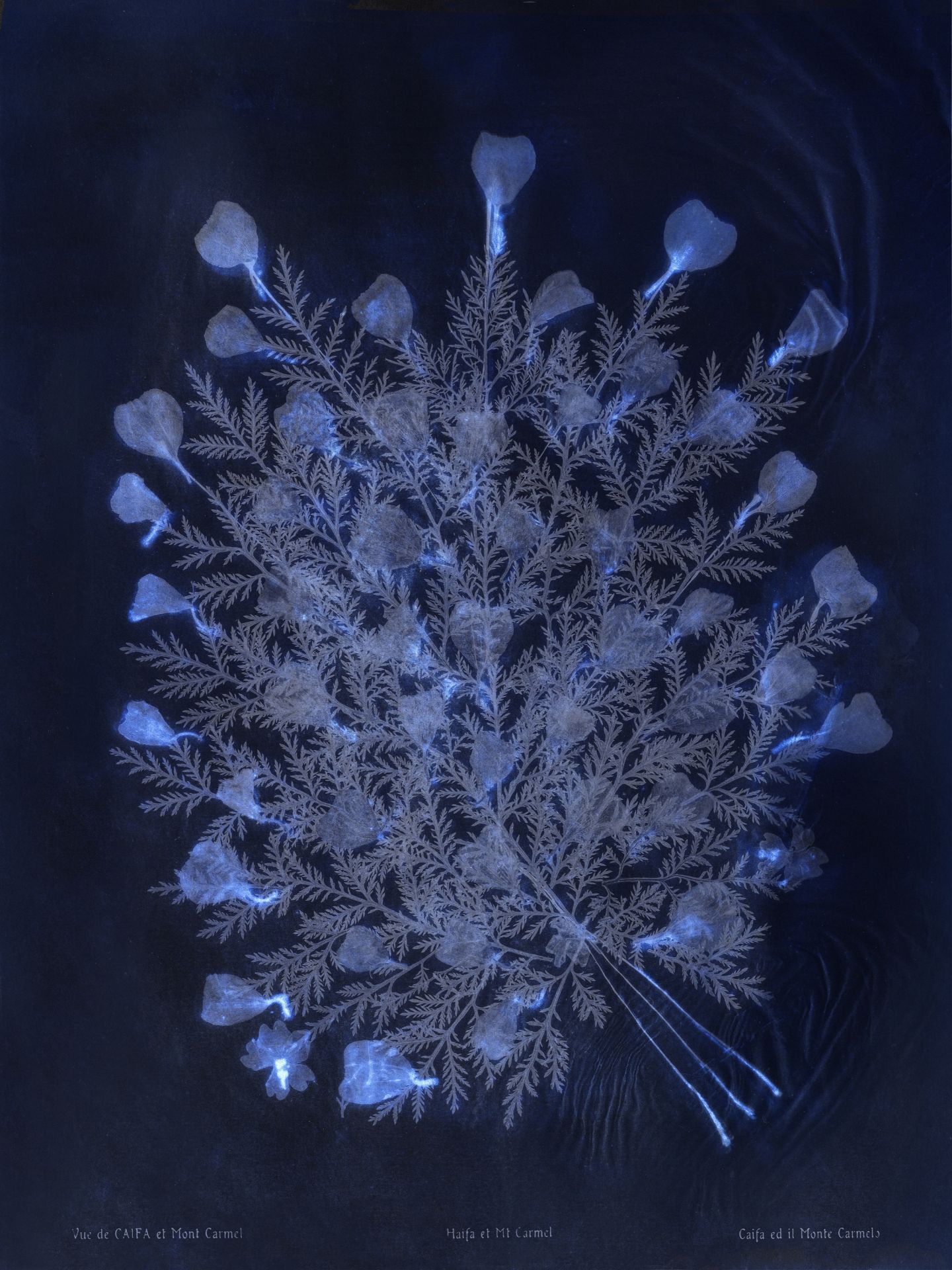 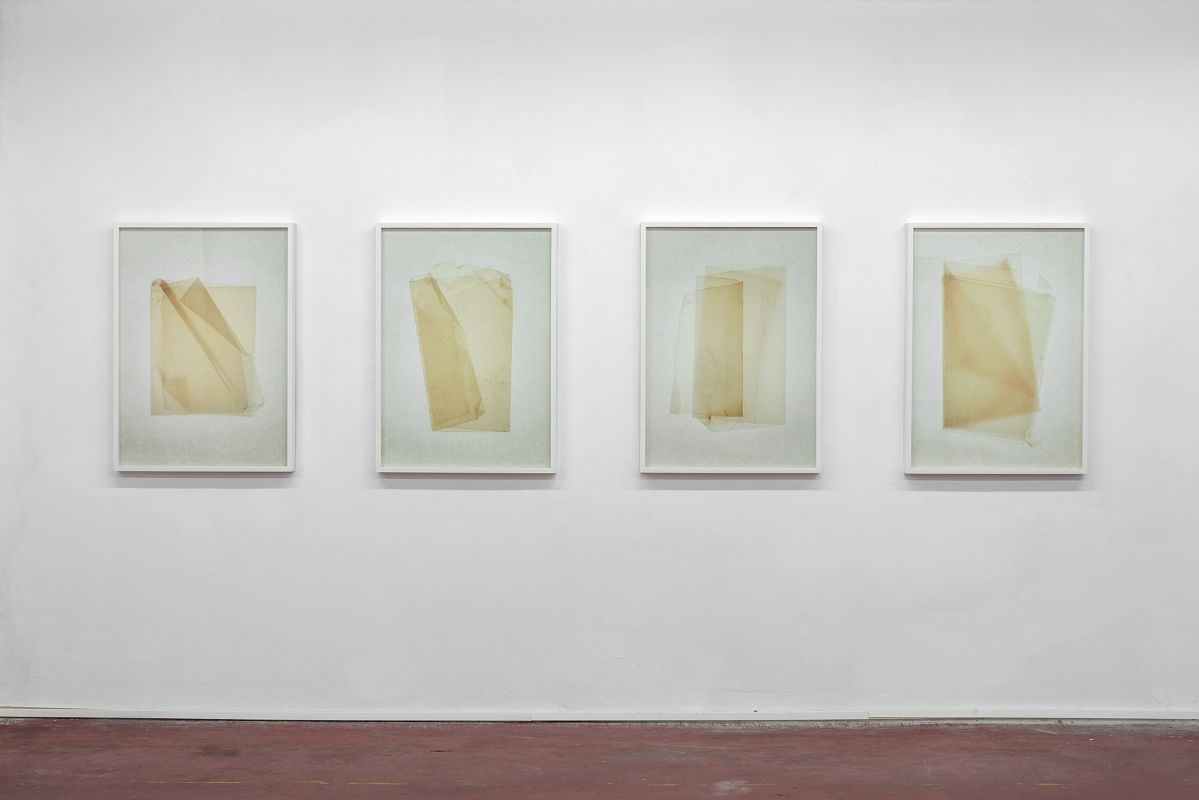 Guez’s work plays on the tension between what one inherits – a language, a name, a place of origin – and what one reinvents over time. Stories are told and retold, and traces of the past are rediscovered, shedding light on little-known facts and familial chapters. ‘Letters from the Greater Maghreb’, reflects a pivotal moment in Guez’s family history, when his grandparents – who both worked in theater – escaped from concentration camps in Nazi-occupied Tunisia and later, in 1951, immigrated to Israel. The journey was arduous and key personal documents were damaged by water during the trip. One of these was a series of skin-like parchment paper sheets made from old costume patterns fashioned by Guez’s grandmother, who was an actress and seamstress. The gentle folds and lines reveal the traces of her touch. Guez finds and resituates objects to reveal not only what from the past was lost but what has been largely forgotten or even consciously suppressed; the Nazi occupation of Tunisia, in this case, who is rarely addressed or publicly acknowledged. 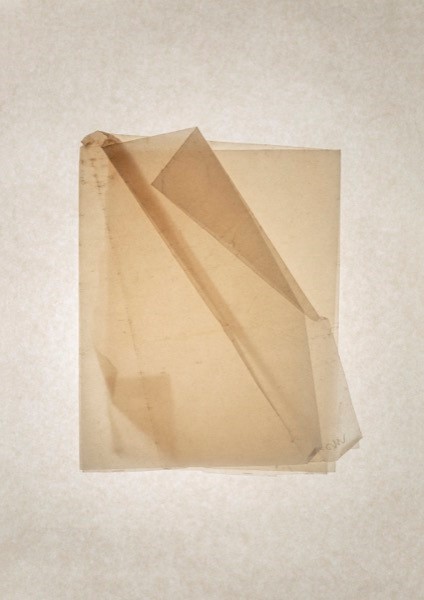 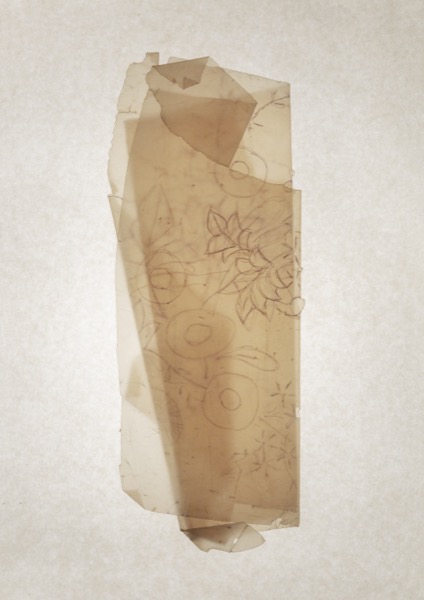 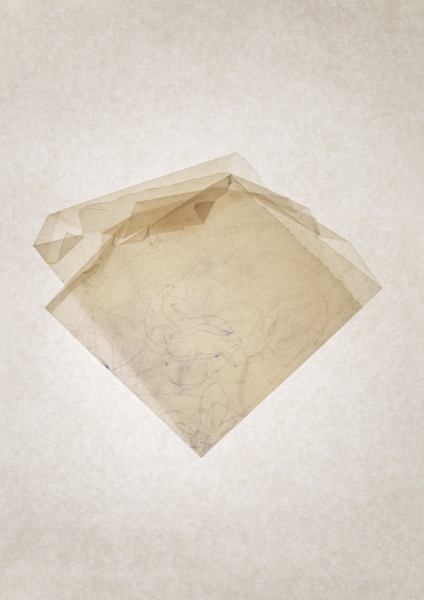 Netally Schlosser (b. 1979 in Haifa) is a painter, she graduated the BFA program of Bezalel Academy of Art and Design and HISK Advance Studies and Practice-based Research in Visual Art program in Belgium. Schlosser’s work has been displayed in numerous art institutions, and has won various grants and awards, among them The Tel Aviv Museum of Art’s Rappaort Prize for a Young Artist and The Mozes Prize for Painting. Her solo exhibitions include “Yirmesuh” (2020) at the Beit Uri and Rami. 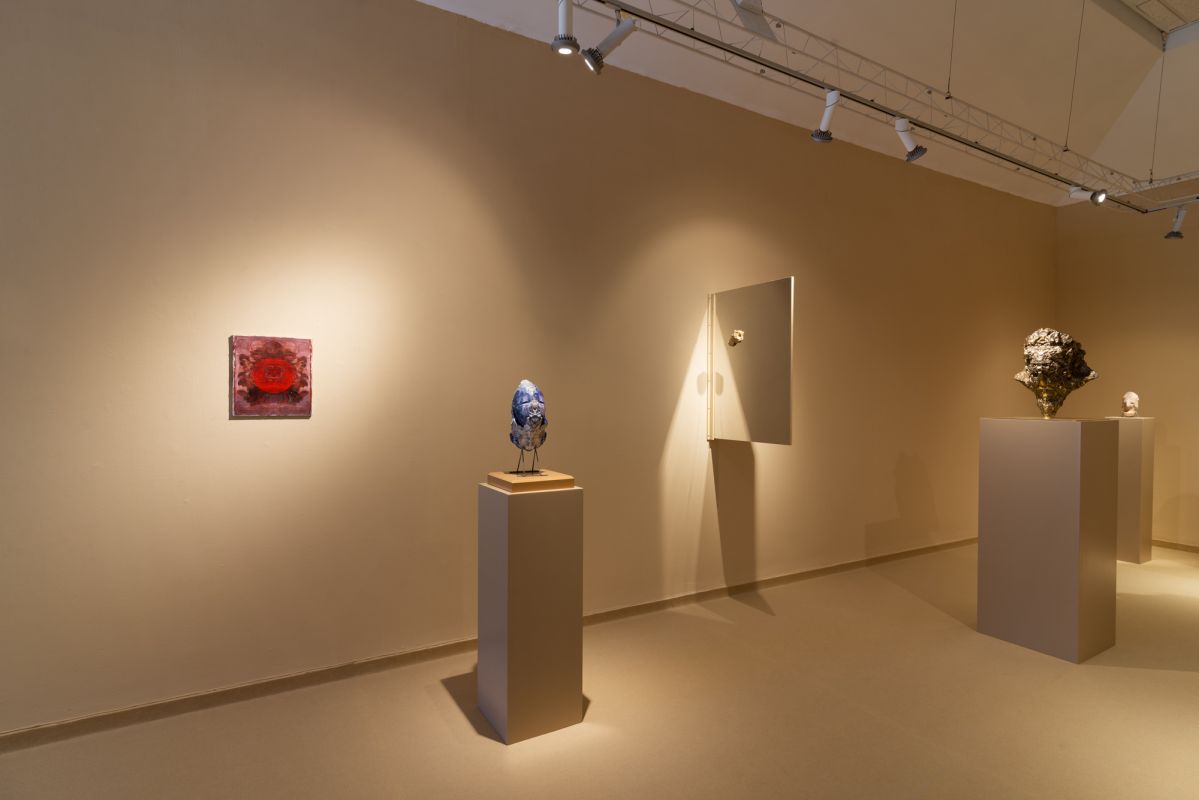 Netally Schlosser
Symmetry and Stones in the Land of Sand Part II: “At the Foot of the Chalcolithic Temple, The Awakening of the Kingdom, and the Spiritual Jewel”, 2022, exhibition view, Arac Center of Contemporary art
INQUIRE

Netally Schlosser, mainly known for her paintings, has since 2018, dedicated her practice to a new, ambitious and experimental project, titled “Symmetry and Stone,” in which she confronts ancient archeological and geological materials with the most advanced technologies of our time. The project started from a stone Schlosser found on the banks of Yarmouk River, a debris of an archeological near-by dig. Netally Schlosser scanned the stone and digitally cut the 3D model in the middle, as if to find its heart. She then symmetrically mirrored half of it and assembled the two parts, creating one entity which she then printed using a 3D printer. The result not only showed the inherent symmetry of all elements of nature but also, through the unification of the symmetrical parts, made a face emerge, transforming the stone into a figurine. The abstraction in nature, when symmetrically reversed, became figurative. Since then Schlosser continues to collect stones from archeological sites around Israel and to explore symmetry.

The incision the artist makes in the stone is a “gate to ancient ritual realms.” The symmetry it exerts releases the ancient information, the details or knowledge embedded in the stone and compressed in it: “Hyper-information with inconceivable power and age,” Schlosser writes, which “symmetry sheds on it the new age like light on prehistory.” This is the discovery, or what she calls ‘the spiritual jewel’. Thus, in creating the sculptures, the artist brings together pre-history and post-history (the Digital Age, or the New Age, as many perceive our time). “A power hidden in history as a mystery shines at its ends” writes Shlosser. Technological innovations at both ends of history – stone flakes and 3D printing – stand on either side of the symmetrical cut. 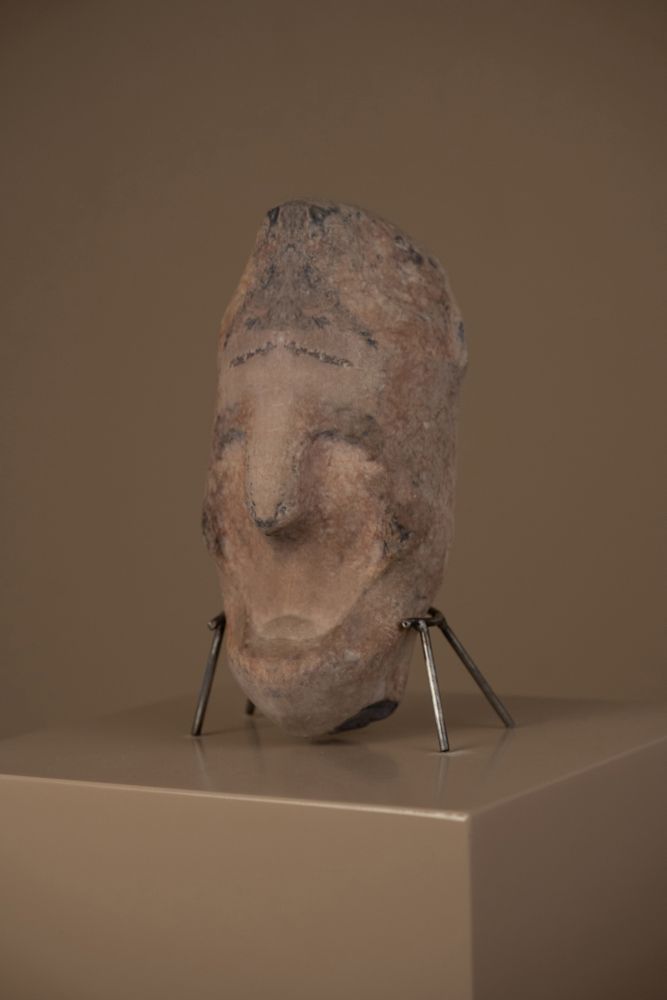 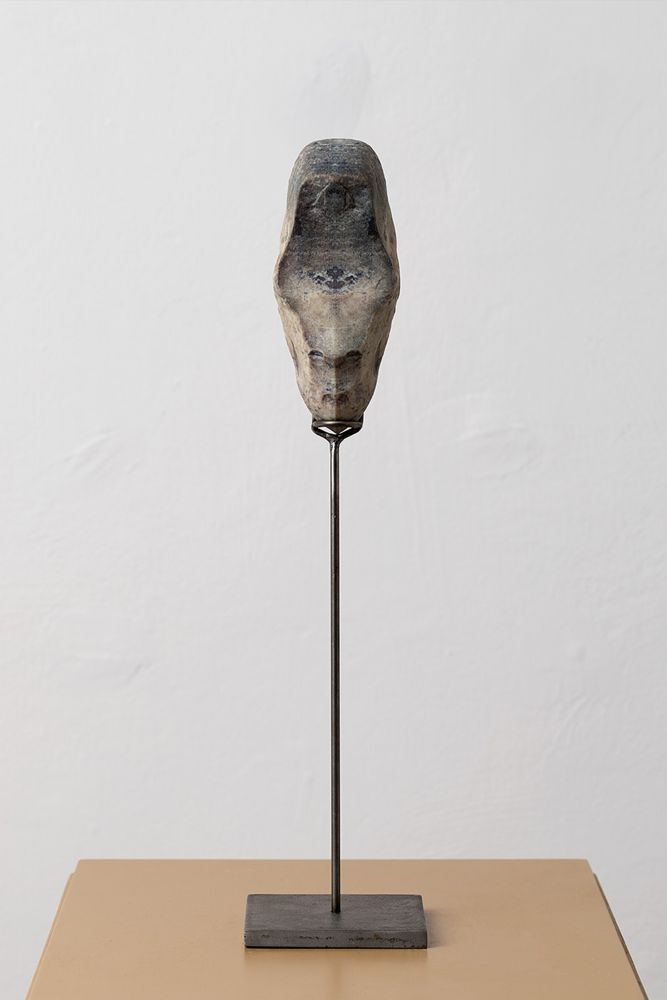 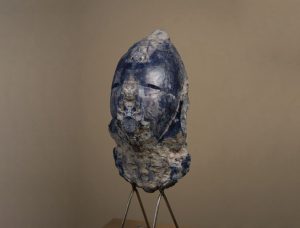 For more works of and information about Netally Schlosser, click here. 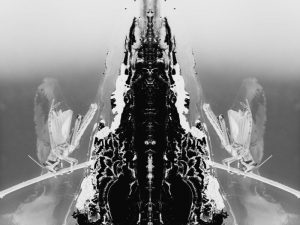 For more works of and information about Dor Guez, click here.